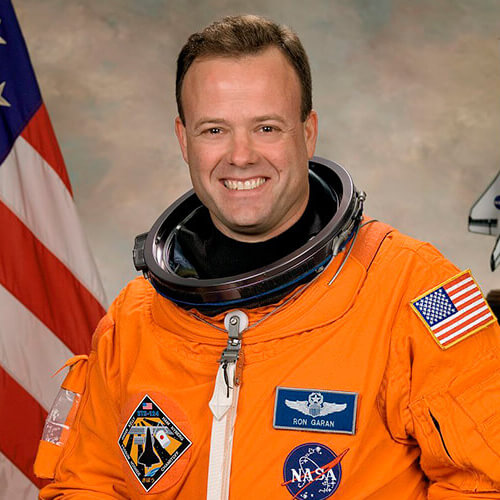 Ron Garan is a highly decorated NASA astronaut, fighter pilot, and active social entrepreneur who believes that appropriately designed and targeted social enterprise can solve many of the problems facing our world.


Having enjoyed an illustrious career that has cemented Colonel Ron Garan’s place as one of the world’s most influential individuals, the iconic father of three is a decorated NASA astronaut, fighter pilot and test pilot, a humanitarian, and a social entrepreneur.

As part of a select group of individuals who have been fortunate enough to see the world from space, Ron champions his “orbital perspective” message to improve life on earth. Ron is celebrated not just for his research in space but also for his humanitarian contribution to life on earth.

Ron has spent 178 days in space and has traveled more than 71 million miles during 2,842 orbits of our planet. He flew on both the US space shuttle and the Russian Soyuz spacecraft, where he accomplished four spacewalks. Ron also spent eighteen days at the bottom of the ocean during a research mission held in the world’s only undersea research lab, Aquarius.

FLOATING IN DARKNESS
A JOURNEY OF EVOLUTION

Floating in Darkness, the sequel to Ron’s critically acclaimed first book The Orbital Perspective, adds the perspective of inner space to take the reader on a profound journey of discovery. It addresses fundamental aspects of the evolution of society and humanity and serves as a call to action to help steer the trajectory of our society toward a future we would all want to be a part of.

Throughout, we will compare the dancing, intersecting orbits of religion, spirituality, and science. We will touch on nuclear deterrence and explore the intimate violence of combat, highlighting the complexities of tribalism. We will address our own mortality and bask in the sheer wonder and beauty of our world and beyond. We will travel from the ocean floor to earth orbit and back.